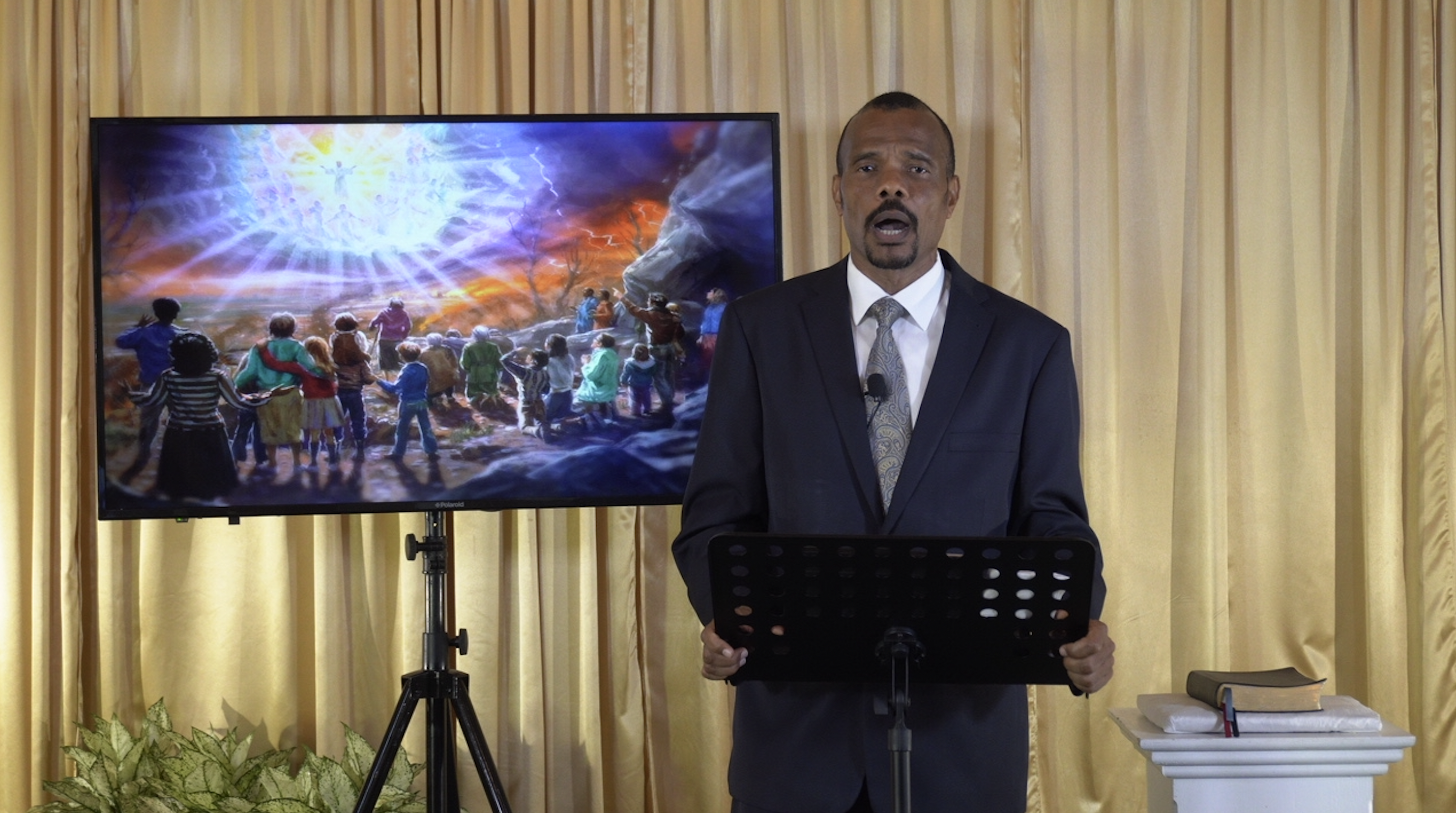 Hundreds of individuals gained valuable insights into the books of Daniel and Revelation during the first prophecy seminar conducted by Pastor Ray Edwards, on the island of Tortola.  In a time when leaders are called to be innovative in their approach to a virtual audience, the five-week campaign was conducted using a seminar style delivery which omitted the customary preliminaries. The Word of God was center stage – there were neither musicians nor a live audience.  The Shocking Bible Prophecy (SBP) Series was conducted virtually because of a curfew imposed by the government after a spike in COVID-19 cases, one day before the meetings started.

“The seminar was a Retention Seminar - one that the Seventh-day Adventist (SDA) Church members could benefit from and clear up many Bible prophecy misconceptions,” stated Pastor Edwards. “If the church members do not know prophecies themselves, they cannot share it [with] their friends.  Many are looking to the Middle East for fulfillment of prophecy, expecting a part played by the literal nation of Israel.  This seminar could not [have] come at a better time.”

Each night, Pastor Edwards shared Biblical answers to relevant topics, such as The Origin of Evil and The Mark of the Beast. He patiently engaged vaccine resisters who had galvanized support with the idea that the COVID-19 vaccine is the "mark of the beast".  Quoting from 2 Peter 1: 19, he reiterated that, “We have also a more sure word of prophecy; whereunto ye do well that ye take heed, as unto a light that shineth in a dark place, until the day dawn, and the day star arise in your hearts…”

Pastor Edwards, who currently interns with Pastor Jerome Bevans in Tortola SDA District #3, added, “I try to host at least one evangelistic series or outreach effort, annually, since my first lay campaign in1989 (except for those years I was in school).  For the past two (2) years, I have been the host of the Shocking Bible Prophecies radio program, heard each Sunday morning on the local radio station (ZBVI) in Tortola.”  Like the Apostle Paul, he firmly believes in doing the work of an evangelist.

The SBP Series achieved influencer status.  Some content caused individuals to give their attire more serious thought and church members to re-examine their understanding of tithing. One member indicated that she never considered returning a tithe on gifts but will take note of the value of her Christmas gifts, this year. An elder expressed that he now feels ‘more empowered’ to speak of and share the Three Angels’ Messages. A new believer said that she feels less intimidated by the books of Daniel and Revelation. One youth group, from a sister church, was inspired and very intrigued by the Prophecy Seminar – the group tuned in nightly. A non-Adventist visitor expressed the need for prayer as he struggles to overcome addiction.  Topics such as the Twenty-six Health Nuggets shared received positive reviews and the series presented research which revealed that, apart from a vegetarian diet, Sabbath Keepers were healthier people – just by keeping the Sabbath. Many expressed changes they were making in diet and lifestyle, after viewing the health segments.

To meet the overwhelming requests for the content of his series, Pastor Edwards made all presentations available for online viewing and for future evangelistic endeavors at website SBPSem.com.  While the impact of the Holy Spirit on hundreds of people who visited the SBP virtual space is a yet untold tale, Tortola is celebrating with three (3) believers, who were baptized and are rejoicing in their newfound truth.