Pastor Leriano Webster is Ordained to the Gospel Ministry 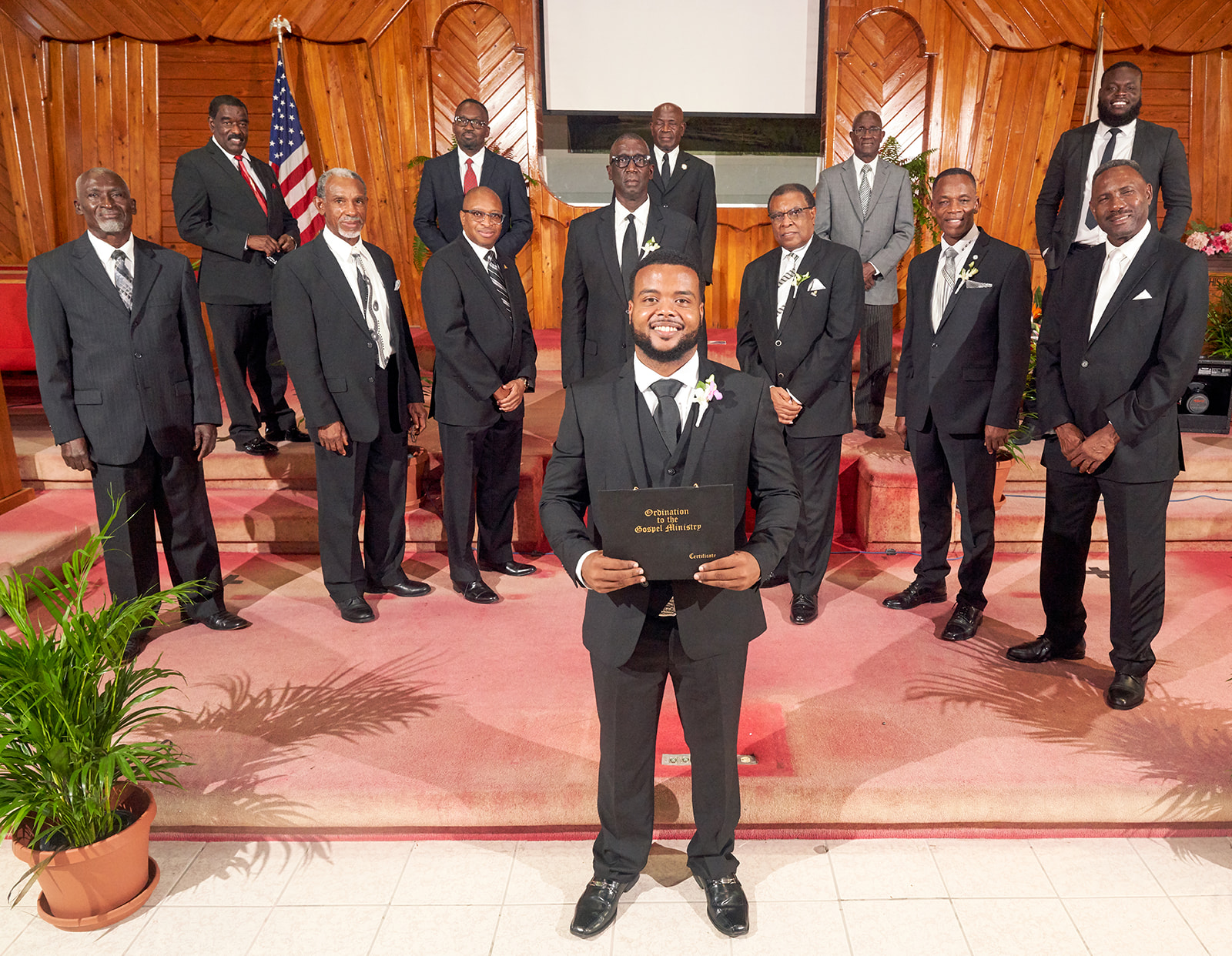 The North Caribbean Conference welcomed Pastor Leriano Webster into the cadre of ordained ministers, during a deeply moving ceremony on Sabbath, August 21, 2021.  A small group of pastoral families, active and retired Conference workers, church members and close friends of the ordinand assembled at the Bethel Seventh-day Adventist Church, on St. Croix, VI, under strict pandemic protocols, for the service. The Administrators of the Caribbean Union, dozens of other ministerial families from the Conference and Union, and Pastor Webster’s parents were accommodated in a designated virtual space, from which their participation and loving encouragement were streamed.  Hundreds of members and friends joined the live-stream and sent messages of affirmation to Pastor Webster and his family.

For several months, the North Caribbean Conference (NCC) anticipated its first virtual ordination ceremony while the pandemic disrupted and delayed the service protocol - as established by the Seventh-day Adventist Church.  Notwithstanding the hybrid service, there was prodigious support for Pastor Webster, from his ministerial colleagues and church members.  The service was infused with good Christian fellowship among the clergy.  It was blessed with a series of musical items that immensely inspired and engaged attendees, on the virtual platforms.

Dr. Kern Tobias, President of the Caribbean Union, challenged the ordinand to live by the principles of the Good Shepherd. Dr. Tobias admonished, “Continue to be with Jesus. Be a priest, be a pastor, be a protector to your family so that God will always smile when He thinks of you and your family. Demonstrate to your family what God expects you to demonstrate to His Church.” He implored the ordinand and all pastors to be community-oriented and allow God to be glorified by a consistent lifestyle.

The NCC Ministerial Secretary, Pastor Royston Philbert, presented Pastor Leriano Webster, accompanied by his wife Jerriece, to the Caribbean Union President as a candidate for ordination.  Pastor Johnson Frederick, the Secretary of the Caribbean Union, offered the Ordination Prayer. He petitioned God for Pastor Webster to become a more powerful preacher of the gospel and a bold servant in delivering persons from the enemy. He prayed earnestly that the darker the times we live in, the more powerfully might the light of God shine through Pastor Webster.

During the Charge to the Ordinand, Pastor Ammaran Williams, the Ministerial Secretary of the Caribbean Union, reminded Pastor Webster, “The Church, through this service, has recognized that call in you today and has set you aside by the laying on of hands.  It is my pleasure to inform you, as of this moment you are now invested with full ecclesiastical authority. There is no higher honor that can come upon any person than to be taken wholly and solely by God, for the work of ministry.”

In an impassioned response, Pastor Webster, on behalf of his family, expressed thanks to God, family, friends, church members and colleagues for making the day a reality.

Pastor Webster and his family were welcomed by representatives from the NCC and the Caribbean Union.  Pastor Desmond James presented the Ordination Certificate. Pastor Royston Philbert and the NCC Shepherdess Coordinator, Sister Hester Philbert, celebrated the momentous occasion with gifts, from the NCC, for the family.  Sister Linda Tobias, the Associate Ministerial Secretary of the Caribbean Union, warmly commended Pastor Webster, his wife and daughter.

Congratulatory messages from the Carrot Bay and Belle Vue congregations, which Pastor Webster serves on Tortola, as well as from the NCC ministerial zones enhanced the dignity of the service. The NCC Ministerial Chorale with its rendition, Just a Little Talk with Jesus, brought a fitting end to a historic occasion.

It is always encouraging to see the workforce of God increase in number and strength, especially as we draw closer to the return of Jesus Christ. This Ordination Service affirmed the call to ministry that God placed on the life of Pastor Webster, many years ago, through the influence of a friend which exposed him to the Advent movement.  May we seek God's wisdom to know His purpose for our lives, and how we can live accordingly, so that on that glorious day of Christ's appearing, He may say to us, "Well done, good and faithful servant." (Matthew 25: 21, 23)