Grandparents Are Making a Difference 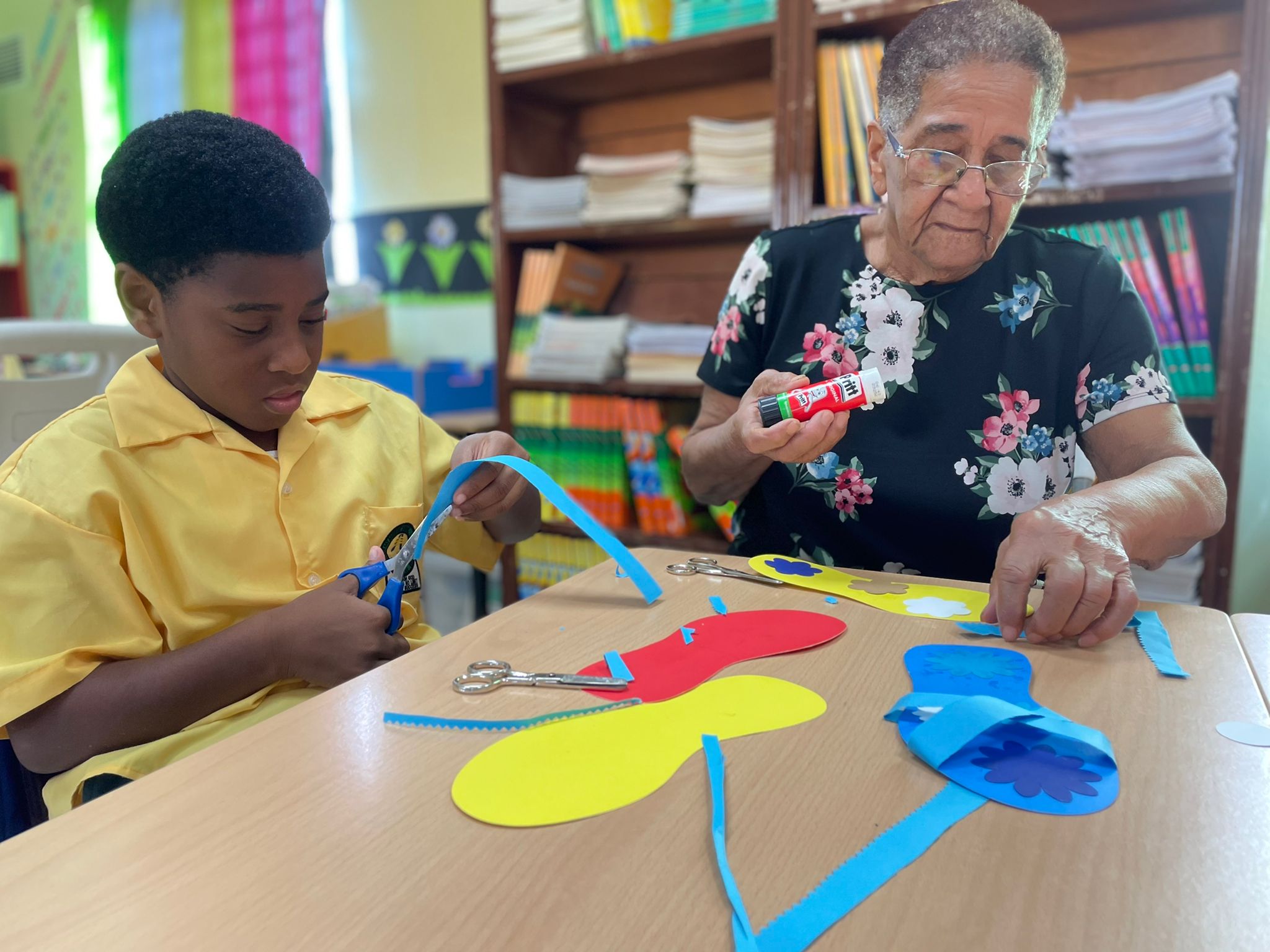 The Lynch Plantation Seventh-day Adventist Primary School hosted Grandparent’s Day, for the second consecutive year, on Friday, September 10, 2021. It was a special event during which grandparents visited their grandchildren's classrooms and engaged with them in art & craft activities.   Grandparents scheduled time away from work or other activities, to affirm the importance of education in the lives of their grandchildren.

As family dynamics change, some grandparents have become the primary caregivers for their grandchildren.  The school administration used the opportunity to honor grandparents and encourage children to show love, compassion, and care.  In addition to being a source of enjoyment for the children, the event was an occasion for bonding.

“The staff at our school recognizes that many of our students are registered due to grandparents' encouragement. Thus, the team wanted to show special attention and appreciation to them.  It's important to extend school events to families.  It's a great opportunity for them to see what [the kids] are doing in school.  We plan for the event to be celebrated annually,” said Principal La Verne David-Duggins.

The Education Director of the North Caribbean Conference, Mrs. Gerene Joseph, said, “Bringing the family into the school strengthens the connection between school and family.”

The happiness on the students’ faces was priceless. The grandparents were delighted with the activities, and they all remained longer than the scheduled hour with the grandchildren.  Nia’Jaye Carty wore a big smile while she made a pair of sandals with her granddad, Officer Hodge, who is Chief of Police on St. Eustatius.  The Director of the Department of Health, Carol Jack, assisted her granddaughter to design a greeting card.