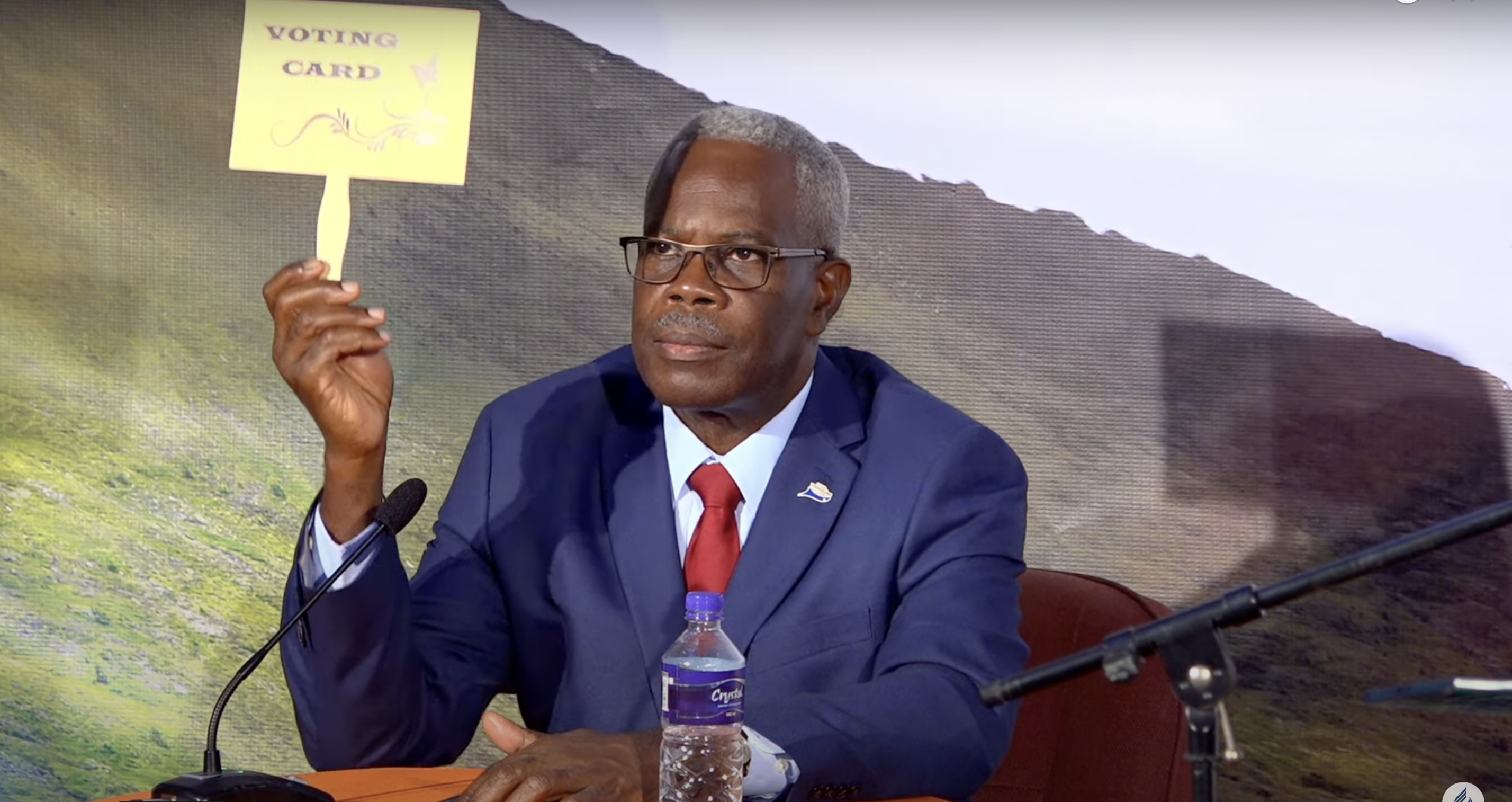 On January 31, 2022, two delegates from the North Caribbean Conference (NCC) were among the 33 properly vetted, from the 10 Union fields, for in-person attendance at a special Session planned by the Caribbean Union Conference (CARU), to achieve a constitutional amendment.  The Executive Secretary, Pastor Johnson Frederick read and moved the motion for an adjustment to Article 2 (Sections 3, 7 and 9) of the existing CARU Constitution.  The adjustment would allow the Union, in the event of an unforeseen and unavoidable situation, to preside over a virtual Regular Session, during which all delegates would participate on-line.  The one-day Session was hosted at the University of the Southern Caribbean, in Trinidad, with a single-item agenda, and the livestream was available via YouTube.  The vote to pass the proposed amendment was unanimous.

Commenting on the consensus, Dr. Kern Tobias, the President of the Caribbean Union, stated, “The decision by the Church proves its flexibility and adaptability. The use of technology has positioned the Church to meet the needs of its local, regional and international publics. It thus allows for greater predictability, relevance and effectiveness.  The special Session was able to adjust the Constitution to allow virtual Sessions to be convened if the prevailing conditions are not favorable.  Going forward, there can now be timely Sessions based on the quinquennial cycle, which permits the constituency to elect officers to fulfill the mission of Christ and contribute to the strategic plans for the effective functioning of the Union Conference.”

“The possibility of another delay because of the ongoing worldwide impact of the pandemic really threatens the constitutional validity of our operations.  The Constitution amendment vote makes provision to allow delegates of the upcoming Caribbean Union Conference Session [scheduled] to take place July 20-22, 2022, to participate even if they could not physically travel to the venue in Maracas, Trinidad,” said Pastor Frederick.

The former CARU Constitution stipulated that all aspects of a Regular Session had to occur in person. The pandemic prevented the “in-person” criterion from being met and effectively delayed setting the Session dates for the Caribbean Union Conference, the North Caribbean Conference and the East Caribbean Conference.  Before the vote, a few delegates engaged the motion and identified ambiguities, as well as clauses which could be misconstrued.

Pastor Leslie Moses, President of the South Caribbean Conference, addressed the need for the amendment to include provisions that prevent a delegate from using personal mitigating circumstances as reasons that he or she be allowed to attend a Session virtually.  Pastor Frederick reassured attendees that the amendment has provisions to preclude such and read from the recommendations that, “… there must be regional conditions that make it imperative to have a virtual Session. If there is no adverse regional condition, all persons are to be present at any Regular Session called. It would not be blended.”

Delegate Fenella Francis, from the Guyana Conference of Seventh-day Adventists, raised a concern regarding determining an individual’s identity in a virtual Session, “In the normal setting, you can determine the individual’s identity by sight. A virtual session should be on camera because you cannot properly determine a person’s identity by voice. We need to be able to confirm the identity of the speaker.  As such, any amendment should be made to reflect that fact.”  Pastor Frederick responded, “While we are using language as advised by the General Conference, the Union will take note of the specific recommendations and try to see what authority we have to tweak, regarding the specific amendments.”

As fields prepared for the special CARU Session, they had to wrestle with COVID-19 travel restrictions and some fields selected delegates who reside in Trinidad but retain church membership with the respective conference or mission.  The North Caribbean Conference was represented by Elder Richard Reid and Dr. Leroy Hill – they are members of churches on Anguilla.

Elder Richard Reid expressed his approval of the historic event, “It is significant and humbling to be part of a golden decision that helps us to connect the Church around the world. Covid has given us an opportunity to be in a meeting and get the same results.” He traveled to Trinidad for the meeting and due to the irregular flight operations of Caribbean Airlines, he had a layover of 8 days before his departure. Elder Reid is active in Personal Ministries and was previously a delegate at the Festival of the Laity.